Necropolis: London and Its Dead

If I was ever lucky enough to have a book published, showcasing my passion for graveyard and cemetery photography, I would certainly look to Catharine Arnold for inspiration. Catharine takes you on a journey through time and she beautifully demonstrated her detailed research with quotes and references from well known figures like Shakespeare and Dickens that perfectly provides you with a taste of London and its mass of rotting corpses visible to their eyes due to graveyards being overcrowded.

Through her writing style, she takes YOU back in time to witness and experience what it was like to live among the dead and the desperate need to create the magnificent cemeteries to restore tranquility among the living. If you have already read it, please add your comments below or join us at the Headstone Symbols Facebook group page and start a discussion there.

You must be logged in to post a comment. Closer to the Hammer Horror version were the events of the great plague of , such as an entire horse and cart ending up in a plague pit when a driver lost control. Remains were often put on display: for years, right up to the 18th century, Katherine de Valois lay in Westminster Abbey, "to be seen and handled of any who will much desire it"; Samuel Pepys gave her a kiss.


With the concealed, private burials of dissenting sects there could be grim secrets: in it was found that a Baptist minister had stacked thousands of bodies in a vault under his chapel, having charged 15 shillings for each burial. Although it is an elegant saunter through the land of the dead, the book's excellent work in obscure sources is often let down by sloppiness: Cardinal Wolsey died on his way to face trial, not on the scaffold, and the dead Cromwell was desecrated as a regicide not a "war criminal".


More egregiously, tales that look suspiciously like urban myths are recounted unreferenced. Can it really be true that underground lines between Knightsbridge and Kensington Park were diverted to avoid the skeletons packed into plague pits beneath Hyde Park? More convincing are the stories of resurrection men exhuming fresh cadavers for anatomists; dredgermen looting bodies pulled out of the Thames; and the London Monster, a serial killer centuries before the term was coined, who was duly punished after his suicide by being buried at a crossroads with a stake through his heart.

However, in the world of the dead there are also such visionaries as John Claudius Loudon, an early 19th-century horticultural writer and reformer, who argued that cemeteries should be "tasteful, Classical, poetical and elegant". It was Loudon's ideas that informed the creation of the great cemeteries of Highgate and Kensal Green, the latter being so posh it was called the "Belgravia of Death". Very quickly the overcrowded little cemeteries were removed. 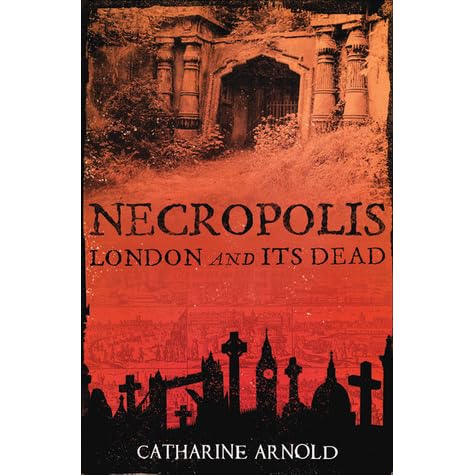 Many of London's public gardens were formerly burial grounds.